A teenage gunman entranced by a white supremacist ideology known as replacement theory opened fire at a supermarket in Buffalo on Saturday, methodically shooting and killing 10 people and injuring three more, almost all of them Black, in one of the deadliest racist massacres in recent American history.

The authorities identified the gunman as 18-year-old Payton S. Gendron of Conklin, a small town in New York’s rural Southern Tier. Mr. Gendron drove more than 200 miles to mount his attack, which he also livestreamed, the police said, a chilling video feed that appeared designed to promote his sinister agenda.

He wrote he had been “passively preparing” for the Buffalo attack for several years, purchasing ammunition and gear, while infrequently practicing shooting. In January, the plans “actually got serious,” according to the manifesto, which also expressed praise for the perpetrator of the 2015 attack in South Carolina, and for a man who killed 51 Muslims at two mosques in Christchurch, New Zealand, in 2019.

Mr. Gendron had read the racist writings of the New Zealand gunman, who had also livestreamed his attack, a method also used in a shooting at a Jewish synagogue in Halle, Germany, in 2019.

In an arraignment on Saturday evening, Mr. Gendron pleaded not guilty to first-degree murder, a charge that could lead to life imprisonment without parole. He spoke little except to confirm he understood the charges, and gave little indication of emotion inside the courtroom.

Other gunmen have referenced the racist idea known as “replacement theory,” a concept once associated with the far-right fringe, but one that has become increasingly mainstream, pushed by politicians and popular television programs.

Officials said the camera that the gunman wore was used to broadcast the attack live on Twitch, a livestreaming site owned by Amazon that is popular with gamers. On Saturday, Twitch said it had taken the channel offline. Still, screenshots of the broadcast were circulating online, including some that appeared to show the shooter holding a gun and standing over a body in the grocery store. 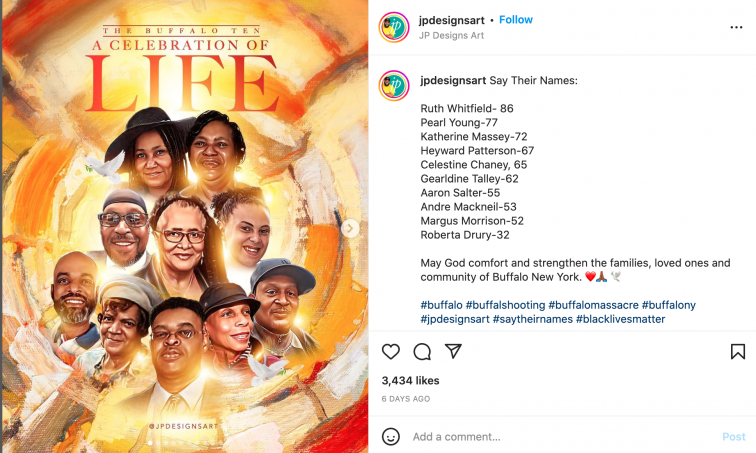